CALCULATING THOSE HIDDEN COSTS-TAKE ONE

Last week we discussed the costs that keep the life insurance policy afloat. We left the most complicated cost, cost of insurance, or “COI” for this week’s post.
Grab a cup of coffee, sit down, and buckle up, because this one is a bit more complicated than the previous posts.
Let’s start. The cost of insurance is the actual cost necessary to insure the specific person (or people, if the policy is a policy insuring two lives). This cost is calculated based on a fact pattern relating to the insured- their age, gender (sorry men, women live longer), smoking status (yes, smoking shortens life expectancy) and health condition. In short, the healthier, younger non-smoker gals will be less expensive to insure than the older, less healthy, smoking guys. Most carriers have several health ratings, from super preferred (think Bruce Springsteen) all the way to table ratings (Supersize Me).
Once the insured receives a health and smoking rating, they are assigned to an “insurance table”, which calculates the insurance rates per month.
Here’s an example of how a COI rate chart looks: 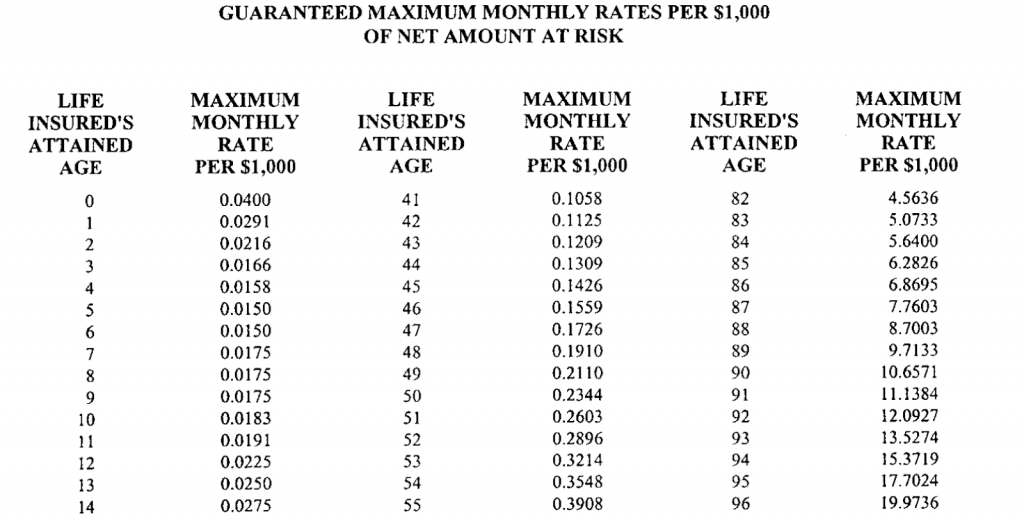 One more catch- the COI rate is charged for what is called in insurance jargon “amount at risk”. This means that the COI rate is multiplied only by the actual risk that the insurance company carries, which is not necessarily the entire death benefit amount (this applies to most policies).

Look’s easy, doesn’t it? Unfortunately, it is much more complicated, because most carriers only include the COI charts in the original life insurance policy, which is not always available. Also, the COI rates in these charts are almost always the guaranteed rates, just like the guaranteed costs and interest that we discussed in earlier blog posts.

In other words, this is the highest COI rate that the carrier can charge, but in practice, the COI rates are almost always lower, sometimes significantly. Therefore, we need to figure out the non-guaranteed COI rates to have the full costs picture (it is worth noting that carriers have and will occasionally raise COI rates, and there are many lawsuits on this issue. More to follow in a future blog).

Before ranting against carrier’s tactics about hiding insurance costs, it is worth noting that there are a few (very few) righteous men in Sodom, who generally show what the non-guaranteed COI costs are in illustrations (some John Hancock policies, Voya Financial, a lot of Pacific policies). Take a look:

When we divide the cost of insurance by the total amount at risk (death benefit less the cash value) for the period, we will have the COI per $1,000.

In our next post, we will discuss how to deduce the COI rates from illustrations, when we do not have this information readily at hand. 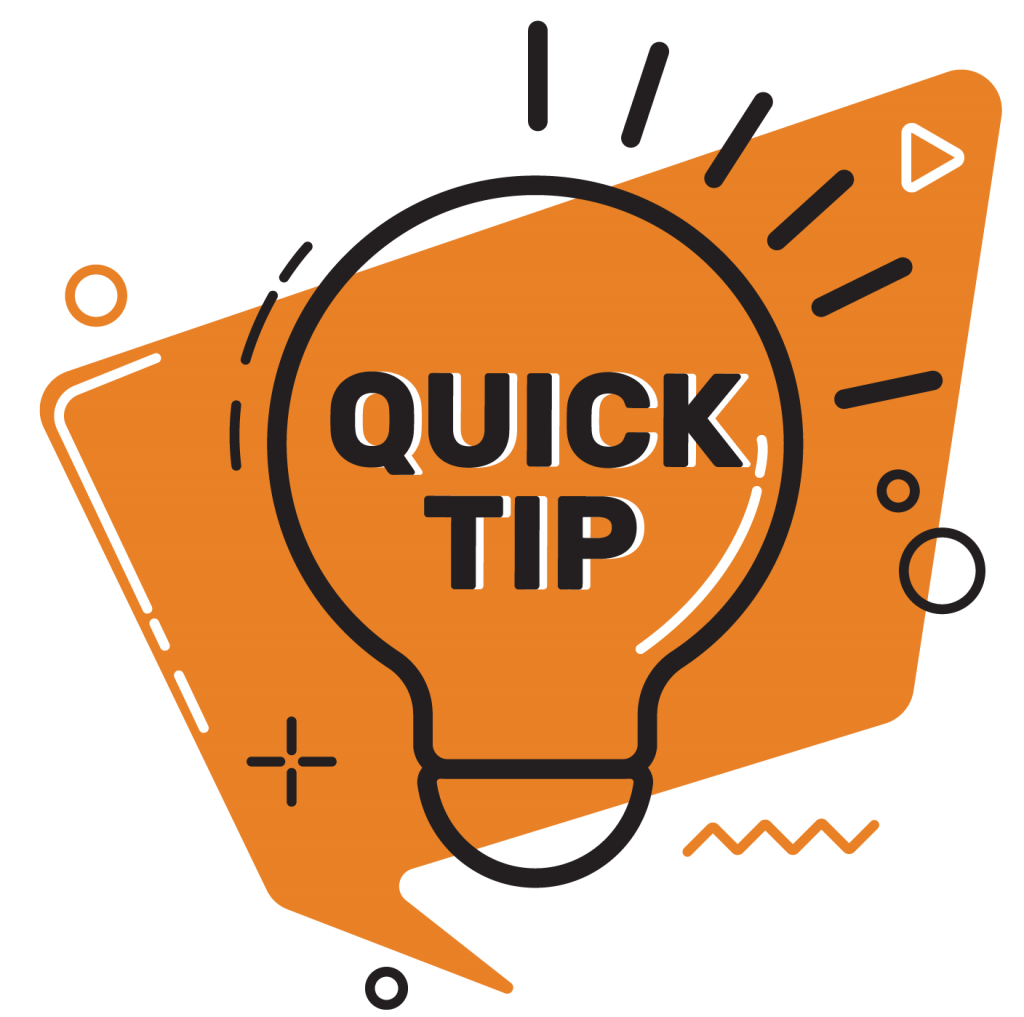 Try to see whether the illustration (and sometimes the annual statement) has non-guaranteed COI rates. This will save you a lot of time and cups of coffee.

Join us again next week for a detailed explanation of these documents.

The contents do not constitute legal advice, are not intended to be a substitute for legal advice and should not be relied upon as such. You should seek legal advice or other professional advice in relation to any particular matters you or your organization may have.

Neither List Funding Inc nor its affiliates and subsidiaries (collectively, “List”) are registered as a licensed broker-dealer and/or as Life Settlements brokers or provider.   List does not advise on any sort of investment and does not make any representations or warranties as to the legality of any investment.  All decisions to invest are the sole responsibility of the individual investors.  Moreover, List does not provide financial, legal, accounting or tax advice. Such advice, including investment advice, should be obtained from professionals who understand the ramifications of investments such as those featured on the List website. The information on our website and/or in any other materials supplied by List do not purport to include all of the information necessary to evaluate an investment and are qualified in their entirety by the terms of any offering materials along with the transaction documents (i.e., form of subscription agreement, terms and conditions, etc.) that are associated with an investment.  No offer or sale of any securities will occur without the delivery of confidential offering materials and related transaction documents.  Accordingly, the List website is merely intended to provide general information and is intended for initial reference purposes only. There may be advantages and disadvantages that vary depending upon the circumstances of a particular case, and nothing on the List website and/or other materials is intended to be relied upon by any prospective investor.  Neither the Securities and Exchange Commission nor any federal or state securities commission or any other regulatory authority has recommended or approved any investment or the accuracy or completeness of any of the information or materials provided by or through the List website.
Private placements on List are intended for accredited U.S. resident investors and for sophisticated investors residing abroad in jurisdictions where securities registration exemptions are available. Securities sold in private placements are not publicly traded, are subject to holding period requirements, and are intended for investors who do not need a liquid investment. Private placement investments are NOT bank deposits (and thus NOT insured by any federal governmental agency), are NOT guaranteed by List or any other party, and MAY lose value. Investments of this sort are speculative and involve a high degree of risk and those investors who cannot afford to lose their entire investment should not invest.

This disclaimer is further qualified by, and subject to, List Funding’s